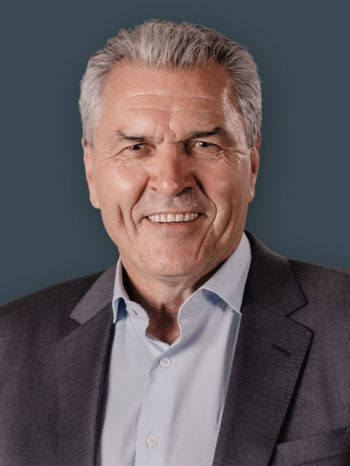 Claus E. Heinrich is a German manager and entrepreneur, who served as a board member of SAP AG from 1996 to 2009 before founding sovanta AG in Heidelberg in 2009.

Claus Heinrich was born on June 21, 1955 in Waiblingen, Germany, where he graduated from high school in 1975. After completing a degree in business administration at the University of Mannheim and a doctorate in the field of production planning with a focus on operations research, followed by a research fellowship in the USA, he joined SAP in 1987.

There, Claus quickly took over as head of the logistics controlling development area. After being appointed to the Executive Board in 1996, he was responsible for logistics applications with a focus on production planning and control. Under his leadership, SAP became the world leader in supply chain management solutions. At the same time, Claus was responsible for the further development of SAP R/3, the business software in Enterprise Resource Planning (ERP). In 2005, he became globally responsible for internal IT, for quality management, software production, and the optimization of internal business processes. In addition, he was responsible for all development centers worldwide (SAP Labs). Furthermore, Claus was the head of global human resources and in his role as Personnel Director, he was in charge of employee relationships.

In 2009, Claus founded sovanta AG, which has its headquarters in the Germany city of Heidelberg. The rapidly expanding company offers complete solutions to simplify and mobilize business applications. The company’s primary goal is to improve business processes or models using simplified or mobile applications to generate real added value for businesses.

Claus Heinrich is a renowned expert and author of numerous articles and books in the field of supply chain management, including for instance, “Adapt or Die – Transforming Your Supply Chain into an Adaptive Business Network” and “RFID and Beyond – Growing Your Business Through Real World Awareness”. As a member of the Faculty of Business Studies at the University of Mannheim and as a visiting lecturer at the Technical University of Berlin, he passes on his extensive knowledge to the next generation of scientists by presenting regular lectures.

His academic background also influences the choices he makes in terms of his additional responsibilities. Thus, he deals mainly with the close connection between science and industry.

Claus is also strongly committed to the Rhine-Neckar Metropolitan Region.

In June 2021, Claus Heinrich was elected Chairman of the Administrative Board of SNP SE.

Claus Heinrich is an avid athlete, former handball player and keen golfer. For relaxation, he likes to play the piano.

Do you have a question?

We are looking forward to hearing from you.